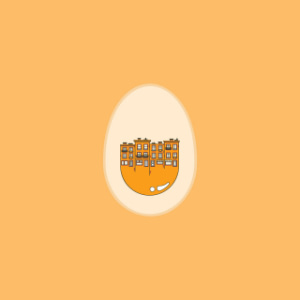 A Trip to Milano for My Birthday and Our First Snow

A Trip to Milano for My Birthday and Our First Snow

It is hard to believe that it has only been a few months in Italy. Every experience just seems to condense itself. I have a hard time letting go and will probably only feel settled once we having less moving targets in front of us. For now though we managed to take some time to slow down a little. I got to enjoy my birthday with a trip to Milan to watch Clutch live, see the city for the first time with my husband and enjoy the first snow of the season.

A Trip to Milan

I had never been to Milan before. For my husband, it was his first time seeing a city in Europe outside of England. So it was also his first Italian city. The trip was also our first one together after moving here from South Africa. It marked a big moment in our lives and perhaps even contributed to me conflict. We will get to that part soon enough.

The city of Milan was not what I was expecting at all. Being a large city, I was prepared for a much busier atmosphere. Even a little pickpocketing. This was not the case. It was such a pleasant city to be in and experience. It is unlike any other Italian city and it is unlike other European cities I have been to in the past. Somehow the city has managed to incorporate the industrial elements with historic buildings and modern public services. I felt like it was a mixture of Switzerland and Italy that had many Roman and Medieval treasures everywhere you went. The city offers travellers easy access to public transport. You can get a 24-hour ticket or a 3-day ticket that is valid from the first time you stamp the ticket. It allows you to go onto to all of the public transport within the city bounds. That is the busses, metro/trains and trams. They are also frequent and require little planning. Unlike where we stay at the moment. Very infrequent and lots of planning needed.

Our first day there we were going to go watch one of our favourite bands live. We went to see Clutch at Fabrique. The show was incredible and I am so grateful that I had the opportunity to be able to see them live with my husband. It was an amazing birthday present and birthday weekend. But since we didn’t have a lot of time to do anything that first day we just went out to get something to eat and have a beer. We landed up at this somewhat Irish style pub. We had an Italian equivalent to a burger with a beer. I enjoyed it a lot and was delighted by the experience of having this Italian culture alongside a modern city. It was surreal. Afterwards we got ready and went off to the concert. I danced as much as I could. The next day my voice, neck and back were shot. I think for a non chronically ill person I jammed out pretty hard. I won’t get too many of those in my life so I took this opportunity with all I had in me. This was a once in a lifetime opportunity for me. The best part is that I had my husband with me. I love him more than should be physically possible. These memories will always be close to my heart.

The next day we went sightseeing. We walked around confused and eventually figured out the ticket thing for the public transport. The tram was so much fun. Then when we came upon the Duomo I was at a loss for words. It was so beautiful and much bigger than I had anticipated. In fat everything was larger than expected and the gardens were just one the best city walks I have done.

After we came home I was so delighted to see our cats and my mom. I am grateful that she is able to take care of them when we go out of town. I am not sure I would trust anyone else to care for our babies. Shortly after getting back we experienced our first snow. It has been a long time since I had seen snow. While my husband hadn’t seen snow like this before. So we spent some time outside playing in the snow. It was lots and lots of fun.

I will just leave some photos of the journey and all the snow fun down below.

We Have Moved to Italy – All you need to Know

Meet the Cats of Urban Yolk